Israel and Hamas: a strategic analysis

The recent military operations between the Israeli Defense Forces and Hamas at Gaza triggered a flow of comments and analysis. Of course, given the fact that that conflict is highly politicized even in western audiences, many skirmishes between pros- and cons- occured, sometimes leading to  blur the question even further.

Whereas many could argue about what they think is « objective reality » (is Hamas an existential threat to Israel? Is Israel a colonial state willing to oppress the Palestinian people?), I deem it more enlightening to focus on a more nuanced approach that could take into account actors’ logic and perceptions. In addition to be more accurate in dealing with the strategic and political issues, it is also more relevant as it is really analytic and neither descriptive nor normative. Furthermore, such an analysis would have to gain a better understanding of the way those logic act in a dialectical way toward each other.

After « Cast Lead », it is highly plausible that the Hamas leadership understood that is was in its own interest to avoid any provocation toward Israel. Since it has become the ruling party in Gaza after the 2006 elections, Hamas had to navigate a very narrow line. On the one hand, avoiding any reprisal from Israel, fearing that the latter would be able to devastate the strip and endanger Hamas’ capability to provide public services and to act as an effective government. That explains why the number of rockets fired on Israel decreased significantly. At the same time, Hamas struggled to prevent the rise of more extremist groups (like the Islamic Jihad) and even cracked down on Salafis. On the other hand, those groups openly challenged Hamas whose legitimacy relies on its status as the representative of the Palestinian people’s resistance to Israel.

In the wake of the Arab uprisings, the hypothesis would be that Hamas attempted to seize the opportunity presented by the rise of the Muslim Brotherhood, especially in neighboring Egypt. In addition, the demise of ruling powers in that very area meant that it became a path for funneling weapons and cash to Gazan Salafis. Thus, they were able to strike Israel and put Hamas in front of an alternative: relying on coercion in order to suppress the rising and competing Salafis groups (but with the risk of losing its credibility as a « resistance movement »), or tolerating the attacks in the hope that Israel would not retaliate (but with the risk of being held accountable by the latter).

Thus when Israel zeroed in on Hamas, the rank and file in the organization pressured the leadership to give up restraint and to resume attacks. If president Morsi officially condemned and criticized Israel, his support to Hamas did not go further. At the end of the day, the changing internal and regional environment was perceived by Hamas leadership as an incentive to act. Internal contest and regional changes seemed to provide the organization with new opportunities to exploit in order to gain a better position in the confrontation with Israel. The goal was not to break the siege of Gaza, since in many ways that siege is useful for the organization’s political aims and financial interests. But it was certainly to force regional actors to act in order to demonstrate to the Israeli leadership that it would not be able to break Hamas’ rule on Gaza.

To some political elites, Hamas’ political goals pose an existential threat. In addition, if the size of Gaza makes it vulnerable, that is also true for Israel, whose territory can be hit by rockets launched from the coastal strip.

Facing such a threat, strategic calculus coupled with strategic culture led to a strategy of attrition. That strategy aimed to further pressure Hamas as well as more radical groups in order to disrupt those groups’ capabilities to hit Israel with medium-to-short range missiles. At the same time, that strategy was coupled with an information campaign designed to frame the narrative of the conflict for both domestic and international audiences. Showing its willingness and its determination to act, Netenyahu’s government proved able to manage the threat posed by Hamas. Lastly, even if that system is not totally perfect, the Iron Dome deflected the threats posed by rockets and missiles on the Israeli population.

There’s an important point here: that strategy is not aimed to win « decisively’ against the Palestinian organization. That is nearly impossible, since there’s only two courses of action that could lead to that outcome: either Israel would prove capable to cut Hamas’ support among the Gazans (which would necessitate an « hearts and minds » campaign directed toward the Palestinians , which doesn’t seem possible given the growing gap and cleavage between the IDF and the population and which is also not deemed desirable nor achievable by the Israeli government), or Israel would decide to cut a deal with the organization (which is highly improbable given the fact that the latter’s legitimacy relies on its rejection of any long-term deal with Israel). Put otherwise: there’s little hope for Israel to achieve any decisive political objective against  Hamas, or at least this is the main perception.

In short, Israel’s strategy consists in dealing with Hamas thus opening the question of what to do on the long run. There’s a lesson to draw from that short (and sometimes questionable) analysis. The alternative in war is not necessarily between winning and losing. Sometimes, it is more reasonable and more rational to deal with a threat or with an adversary by preventing him to reach his political objectives. Attrition is particularly well suited for that kind of strategic attitude. It can either lead to the adversary’s exhaustion (or isolation) or to its complete annihilation. More probably, it is able to maintain a high level of pressure against him, thus preventing him to hit and to harm. It is also truer when combined with deterrence, both by reprisals and by interdiction. Of course, that cannot replace a long-term reflection on how to put an end to the conflict. In that particular case, and given the role played by mutual perceptions, it is unlikely to see that outcome before minds are able to change in a deep way. 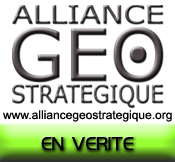